Spreading basal roots, known by the Japanese term ‘nebari’ is considered very important for maple bonsai. Surface roots are prominent features of old maples, pines and elms so these features are also valued in bonsai of these species.

Nebari should, ideally, spread evenly all around the base of the tree, showing enough to give the tree the air of age and stability.

One or two large roots is not good nebari. As well as growing all around the trunk, the roots should divide and taper as they move away from the trunk to look natural.

Producing good nebari takes time, commitment and technique. Regular root pruning is important, particularly in the first few years to force the tree to produce plenty of lateral roots rather than just a few deeper ones. 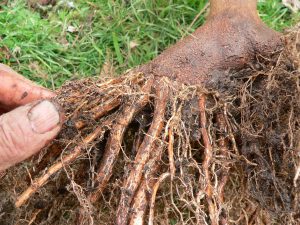 Trident maples in particular can be root pruned very hard without fear. When we prune roots the tree responds by growing new roots from the cut end. Quite often many new roots grow after pruning larger roots. Here you can see lots of paler coloured roots growing from where I pruned a large root last year. 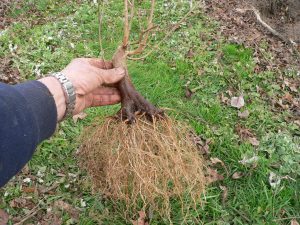 This trident clearly illustrates the newer, white roots growing from the ends of roots cut the previous winter. 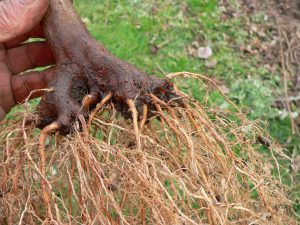 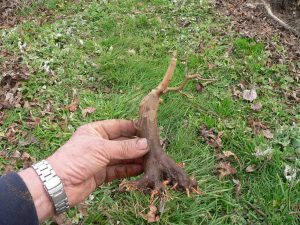 To continue developing the ramification, all those new roots should be cut short again.